If you are not living under a rock, you have likely heard a lot of buzz about blockchain technology lately. There are countless articles on the web, enough chit chatting on the local places, all are about how the blockchain technology is changing the entertainment industries, social media, and IT areas. But, what is it really, or are people just making a fuss about cryptocurrency from everywhere? Let’s talk about the blockchain technology (details may seem a little bit technical, but the basic concept isn’t).

How does the blockchain works?

Blockchain works like a chain of networks by a peer-to-peer connection from one computer to another and keeps track of the transactions. Where, every computer in that network has access to an application to record the uses of data and transactions. Last week, I was explaining to some of my clients, how the blockchain works. When I said “this would be ideal for a social media or video sharing website, like YouTube” as a joke, one of them instantly replied, “Yes, there is already a platform like that, known as DTube”, which then led me to Steemit – a blockchain community, where people get paid for their content. Since I felt I was missing something new I decided to write an article about it. Before starting to talk about Steemit and DTube, let’s look up the blockchain for a quick understanding, how it works and if it’s safe for you.

Suppose, you are going to exchange money to a stranger for a product purchased online, or you guys are having a bet. Though, you can get the products, when it comes to exchanging money between you and that person, there are three problems may occur:

To avoid this type of situation, blockchain technology was introduced. It allows you to generate code with the ledger where you can define specific amount and when you are that person start the transactions, it won’t be stopped. And, after the period, it will be transferred safely to the right owner’s account. 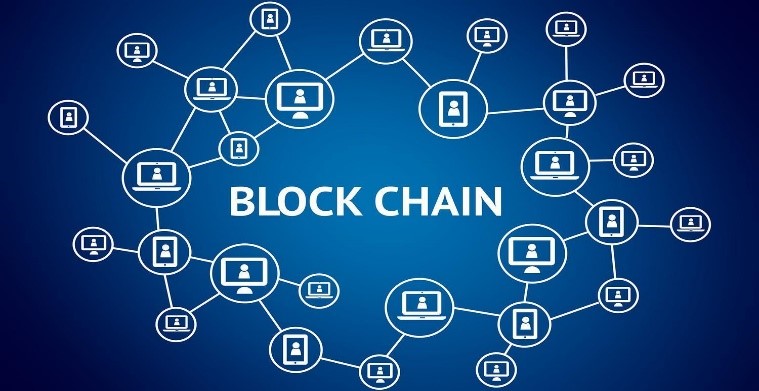 Blockchain is decentralized, open source and cryptographic technology, which allows people to trust each other and transact peer to peer, making the need of third party totally obsolete. This also ensures high security in every transaction. Cybercrime, like hacking attack to a large centralized organization account (i.e. Banks) is a common problem nowadays. But, for blockchain, it’s impossible, as every transaction generates different hash codes and if someone wants to hack a block, that means he need to hack every ledger in the network, which could be millions of blocks.

When you log in to regular social media websites, it only pleasure your eyes and you can communicate with friends and family. In the meantime, these websites are getting benefited by your time, attention and data from the lower block. Steemit is a social media platform by Steem, which doesn’t act like regular social media websites. In Steemit, users get benefits for creating content as cryptocurrency and Steem Power. Those cryptocurrency then can be converted into local currency. That means, you are not only an ordinary user, but also a creator.

Why should you join Steem?
Recall the popular social media platform, Facebook and its total amount of users and the total value of Facebook today. But what about its user? You are not being benefited from Facebook rather than making some friends or getting likes on some status. But, in Steemit, every user who joins and create content can earn from the early stage. Of course, their earning depends on their level of activity and creation. As an example, here is a Steem statistic of a user which is always public for other users. 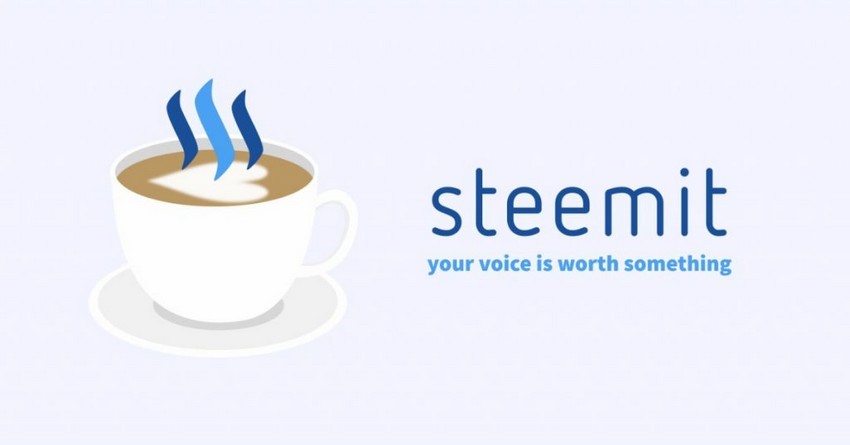 What are the Steem tokens?
Steem tokens are the token system to award the users on Steemit. Steem has three types of basic tokens:

Steem and Steem Dollars are liquid, means it can be freely use or store in your wallet, but the Steem Power is not liquid. That means, it must be powered down before being able to trade them. Blockchains like Steem and Bitcoin produce new tokens each time a block is produced by the system. In Steem, it’s a little bit different than bitcoin. The Steem blockchain allocates a majority of the fund to user accounts who are participating in the platform. But, newly generated bitcoin directly goes to the miners account only. 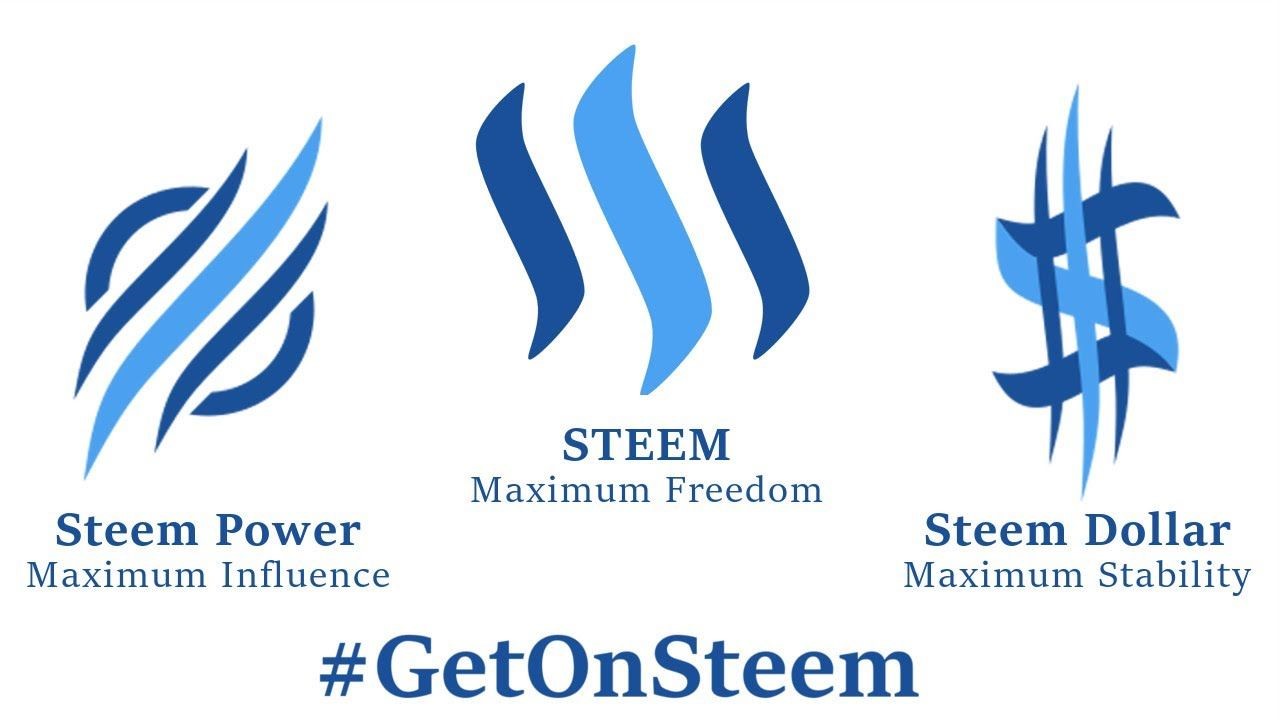 Voting Power on Steemit
Another vital term to understand on Steem is voting power. Each account begins with 100 percent choice power. Each vote reduces the ability, and it replenishes over time. It takes concerning a pair of an hours to refill the ability of one vote. Using this tool you’ll be able to see what quantity a user’s vote is value in step with their SP. for instance, as these words were written, whoever has 10,000 SP and full choice power (100%) will generate 1.61$ for every of his votes. During this web site you’ll be able to see the voting power standing of each alternative account.

How to earn on Steem?
If you sign up to Steemit, your registration will need to be approved by the team, which may take 24-48 hours for the signup to be complete. When you are done with signing up on Steemit, you are ready to create content and earn according to the level of your activity.
Upon joining you will receive 0.5 SP as a gift and 72 more SP as a loan. Votes generate revenue to the article writers. And to answer the upcoming question – yes, you can vote on your own content and earn from it. Steemit has a lot more to offer its users and readers, including SBD and ReSteem sharing. And, whoever gathers more than 500 SP can vote partially – it means he can play with the significance of the vote. Steemit has so many tools to offer, you just need to learn by experiencing the system.

Some statistics about Steemit:

Recently, Steemit user build a decentralized version of YouTube, known as DTube. Like the Steemit, DTube is also build upon STEEM blockchain.

DTube is an in-browser application that allows content creators to earn rewards for their contents. The built-in reward-earning mechanisms of the STEEM cryptocurrency also facilitate the social aspect that DTube is trying to manifest; rewarding users for uploading content.

A quick look at the Steem API

As an open source library, Steemit shares its database with everyone. So a user can easily interact with the Steem blockchain, which can get information on account details, contents, blocks and much more. The developer portal will also serve as a toolbox for Steem clients, libraries, and language wrappers.

It also has the JavaScript and Python libraries to choose from regarding to your developing experience and a large community of: Ruby client, SteemSQL (MySQL) and MongoDB to choose from and develop applications on your needs.

Both Steemit and DTube offers something new to the users who used all their energy for nothing at the so called social media websites and video sharing platforms. Steem should have come sooner to make people realize that their words, times and contents worth something.

If you’re interested in how you or your business can profit from Steem or if you want to learn more about DTube or the Blockchain feel free to contact me.

01
Sep
Caribou360 is introducing a brand-new project in Alaska: Alaskan Cuisine!
21
Aug
Blockchain: How it Affects Legal Liability
18
Aug
Caribou360 supports The Ocean Cleanup and you can too!
28
Apr
1.1.1.1
18
Jan
Is the IT-Security of your company safe?